What do canned ham and your email have in common? Spam!

If you have an email account, there’s a very good chance that you’ve seen spam emails in the wild. They may be a minor annoyance to you, but spam emails as a whole are a huge problem. 85% of the total number of emails sent over the year are spam emails, so they’re taking up a huge amount of space!

But have you ever wondered how spam emails got their weird name? “Spam,” by itself, is kind of a funny word… but things get weirder when you realise that spam is also a kind of food.

Spam in the real world is the name of a kind of ham in a tin. And while the people who made Spam have never revealed the reason behind the name, there are theories that state it’s a shortened version of “spiced ham.”

But why on earth did ham in a can end up meaning the same thing as junk email? While the origins of the name are lost to time, there are some theories behind why Spam ended up meaning junk email.

The most popular theory out there right now is that “spam” is a reference to a Monty Python video. Monty Python were a British comedy group that performed funny skits between 1964 and 2014. Ask your parents about them; there’s a good chance they’ll know of the group!

One of Monty Python’s most famous skits is the Spam skit. Two patrons are at a cafe and want to order food. One of them asks what’s on the menu, and the cafe owner begins reading out what they serve.

Unfortunately, one of the patrons doesn’t like the menu (stating “I don’t like Spam!”) which creates the dynamic of the skit. However, much like how the poor patron was repeatedly being offered something she doesn’t like, we repeatedly get junk emails that we don’t want.

This is the connection that people made back in the late 80s. “Spam” was a popular term amongst people who played MUD games (Multi-User Dungeon, think MMOs but it’s all text-based). As such, a repetitive and annoying action was eventually given the term “spam” in reference to the skit, and the term has survived even to this day!

Origins of Spam in MUDs

What does spam stand for?

Why junk email is spam

A brief history of spam

Join our discussion on ciphers, both modern and ancient!

Check out this fun cabin-building activity that uses TinkerCAD!

Break out your Mini Micro and get ready for some experimental coding!

Learn some of the basics of responsive website design!

With clap-on lights, the future is now!

Test out your crafting skills by making a parachute!

Check out this quick guide on how to make your very own server!

NFTs! What a Fun-gible subject!

Learn what a DNS is and how it's so critical to how the internet works!

What is carbon capture, and how is it being used to counteract climate change? Find out!

Learn how we are using satellites to help farmers grow food more effectively!

What do canned ham and your email have in common? Spam! 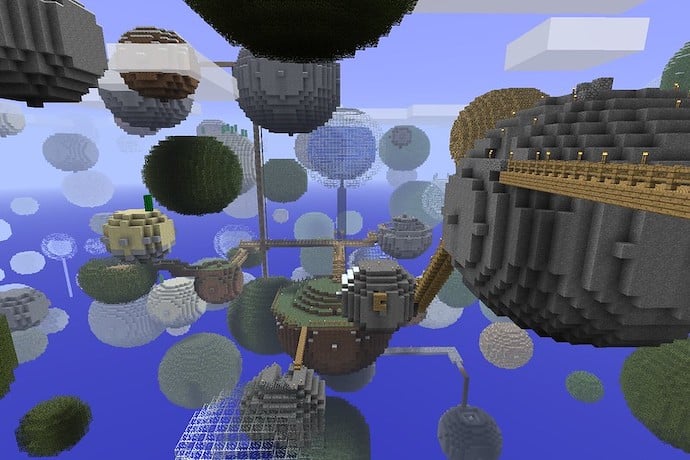 Bring your Minecraft game to new heights with the Aether mod.